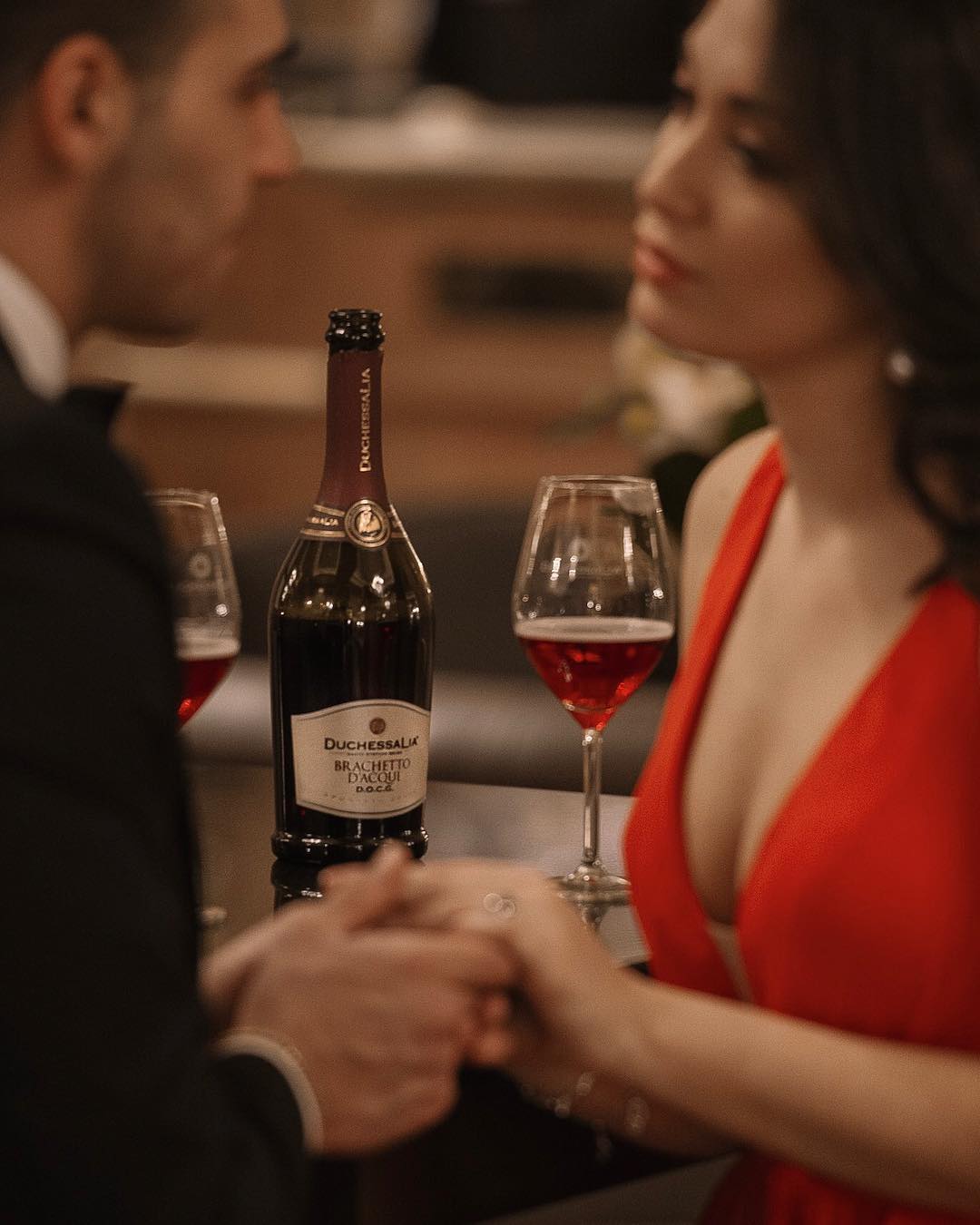 Vinum Acquense, the «wine of Acqui».

What we know today as “Brachetto d’Acqui DOCG” has very ancient origins and, according to the legend, it may even be an aphrodisiac.

Well, yes. If we want to believe the stories, the sweetest and most aromatic of all Piedmont red wines would have been one of Cleopatra’s favourite “labels”. Not a fruit of the vineyards of Alexandria (in Egypt), but those of Acqui Terme (the Bollente), on whose hills it was vinified and placed in amphorae. It would then be sent by sea to the Queen of Egypt, a precious gift from Enotria (our beloved Italy, «the land of wine») from her passionate lovers: first from Julius Caesar and, then, from the general Mark Anthony.

This is how far the legend goes. Then how about its aphrodisiac properties?

To explain this point, we must refer to ampelograhic archaeology, which studies wine customs and traditions in the ancient times. So let’s go back in time, about two thousand years ago, and imagine ourselves at the table of a Roman nobleman of the first century AD. The first thing we would notice would be some big clay cups with large handles and floral decorations. Short and wide cups that were used like today’s wine glasses. They would be filled to the brim and the guests at the table would take turns in using them.

The size of the cup’s neck had a specific purpose: to enhance the aromatic components of the drink it contained. Roman wines were very sweet, they had high alcohol content and, most of all, a lot of spices, as they were often mixed with honey, resins and herbs. Before drinking, one would put his face close to the center of the cup and smell its fumes (some wines used to be served hot), producing an intoxicating effect on the guest.

Think about it: up to this day, the perfect glass for sweet and sparkling wines (such as the Moscato d'Asti and Brachetto d'Acqui) is the coupe, which has a much wider opening than a normal glass that enhances the bouquet of the so-called “aromatic wines”. This is, perhaps, the most convincing explanation of the "bewitching" properties of the Vinum Acquense, or Brachetto: naturally very sweet but also naturally aromatic, it must have represented the best for the taste of the Romans, the perfect companion for those occasions that they wanted to endow with a certain sensuality.

To sum up, the Brachetto d’Acqui seems perfect for Valentine’s Day: its vocation, tradition and even some "hot" stories would confirm it. After all, as the director Jean Cocteau said: «What is history after all? History is facts which become legends in the end».

Are you looking for a sweet recipe with Brachetto d’Acqui for Valentine’s Day?