Wine: my first journey
An interview with Adua Villa 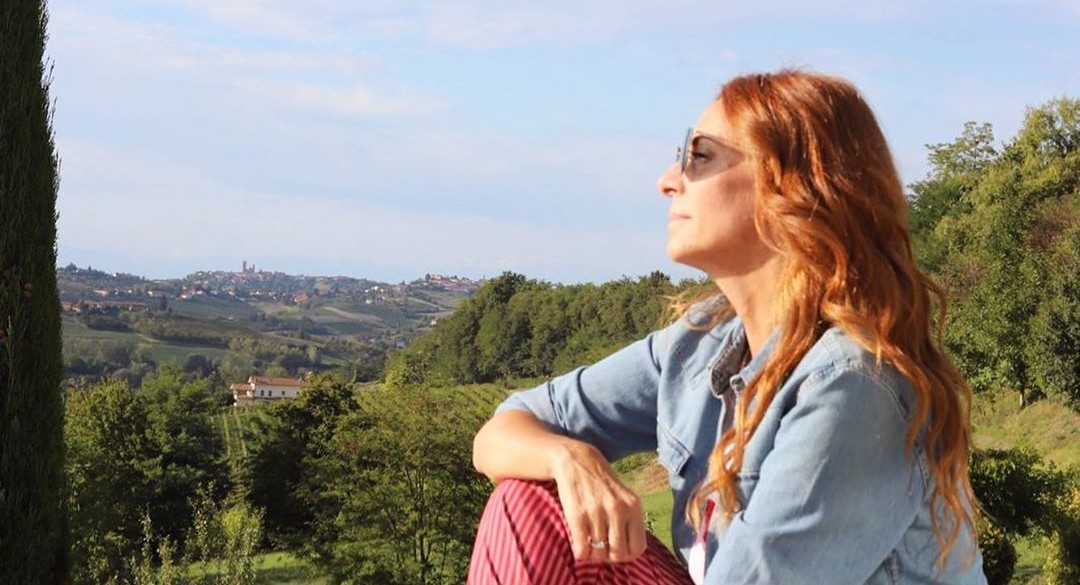 A Sommelier, a woman, an entrepreneur, a familiar face of the “TV del gusto”. First and foremost, a woman passionate about life and things that are good and genuine. She is also a sommelier, a communicator and an entrepreneur: her project Globetrotter Gourmet is a company that tells about food & wine through social media and magazines.

Adua Villa, how does one become Adua Villa?

You must have great passion, which needs to be continuously fed with a fiery sense of curiosity. My professional life is the right mix of passion and opportunities that I have been able to seize. But I have never stopped researching, learning and trying new things. 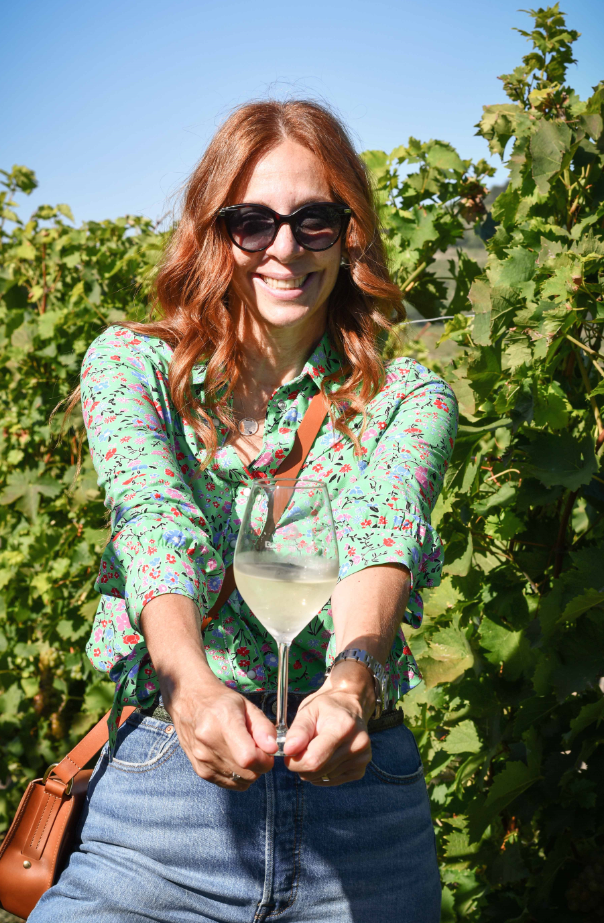 How did your fascination for wine start?

I was born in Venezuela but my parents emigrated from Abruzzo in the 60s. I remember that my first encounter with wine has come about through the words of a producer from Chile, who was my parents’ guest. While presenting his labels, he made me fall in love with his land and his vineyards, which I later went to visit. I was 15. It was then that I understood that speaking of food & wine was a great way to travel.

How did this passion grow?

When I came back to Italy, in Rome, I decided to study Economics. I also wanted to engage with extracurricular activities, and I thought that a sommelier course would be fit for me. Right there and then, I did not remember meeting the producer from Chile; but some things do remain and they guide you along the way, even though you may not be aware of it. During the Ais course, I would go around on foot. I thought to myself: “If I have to drink, then I should do a bit of exercise”.

And then you received your sommelier diploma.

Exactly. I remember the beauty of those lessons, with great people like Riccardo Cotarella and Daniele Cernili. Then, I understood that wine is made of people and places, hands and lands. A friend of mine, who attended the course with me, has recently remembered me saying: «This is my life!»

And then came television.

Some call it the “C factor”, while others say it is karma. I think, they are chances that one must not let slip away. After becoming an official taster and attending a Master Class, Rai has called asking the Ais about sommeliers who could be included in their program. I have auditioned and was accepted. It started with Unomattina, with Gianfranco Vissani, and then I landed at Prova del Cuoco, a show I worked in for 9 years.

Is it true that you are also a cook? 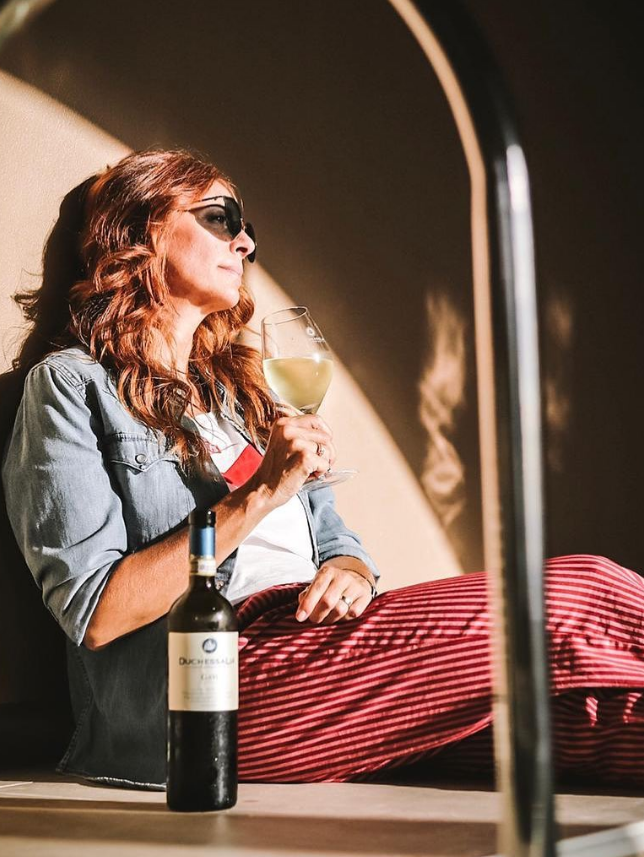 I love cooking. I used to cook for tourist groups who would leave Naples for a boat ride in the Mediterranean. I would cook, do wine pairings and take them for walks on the beach and around the islands. Then, I realized how wonderful our country was, if observed with a sense of curiosity.

And how does the wine region of Piedmont look, in your opinion?

I think that Piedmont has a “maternal morphology” of sorts. The landscapes and the people are very welcoming. I feel “accepted” whenever I’m in Piedmont: everything makes me feel comfortable and strikes my curiosity. For example, the fog envelops you and sparks your imagination; even the sunset, which touches everything during September. It’s like a mother, who always try to put you at ease and keeps all the important things close to her heart.

Which wines from Duchessa Lia inspire you?

Each wine has its own personality that depends on the moment in which it is tasted. I was in Piedmont last September for Duchessa Lia’s blog tour and there I have had the chance to particularly enjoy the Asti Secco DOCG and the Gavi DOCG. Those have been sunny days and sunsets lasted longer: drinking Asti Secco and Gavi reminded me of the sense of freedom brought by the summer season, the brightness and joy given by days with clear skies. I would also recommend them now, even though we are in the middle of winter, just to be able to feel those positive feelings once again.

Especially for Christmas. Asti Secco is good for every meal – it’s like the king of the party. Whereas Gavi is perfect for Christmas Eve dinner, which is usually a “white” celebration. White fish and shellfish dishes are usually served, excellent pairings with Gavi, which enhances their flavour with savoury and floral notes.

Barolo DOCG Duchessa Lia and lamb from Abruzzo. So I can make Piedmont meet with “my” Abruzzo. 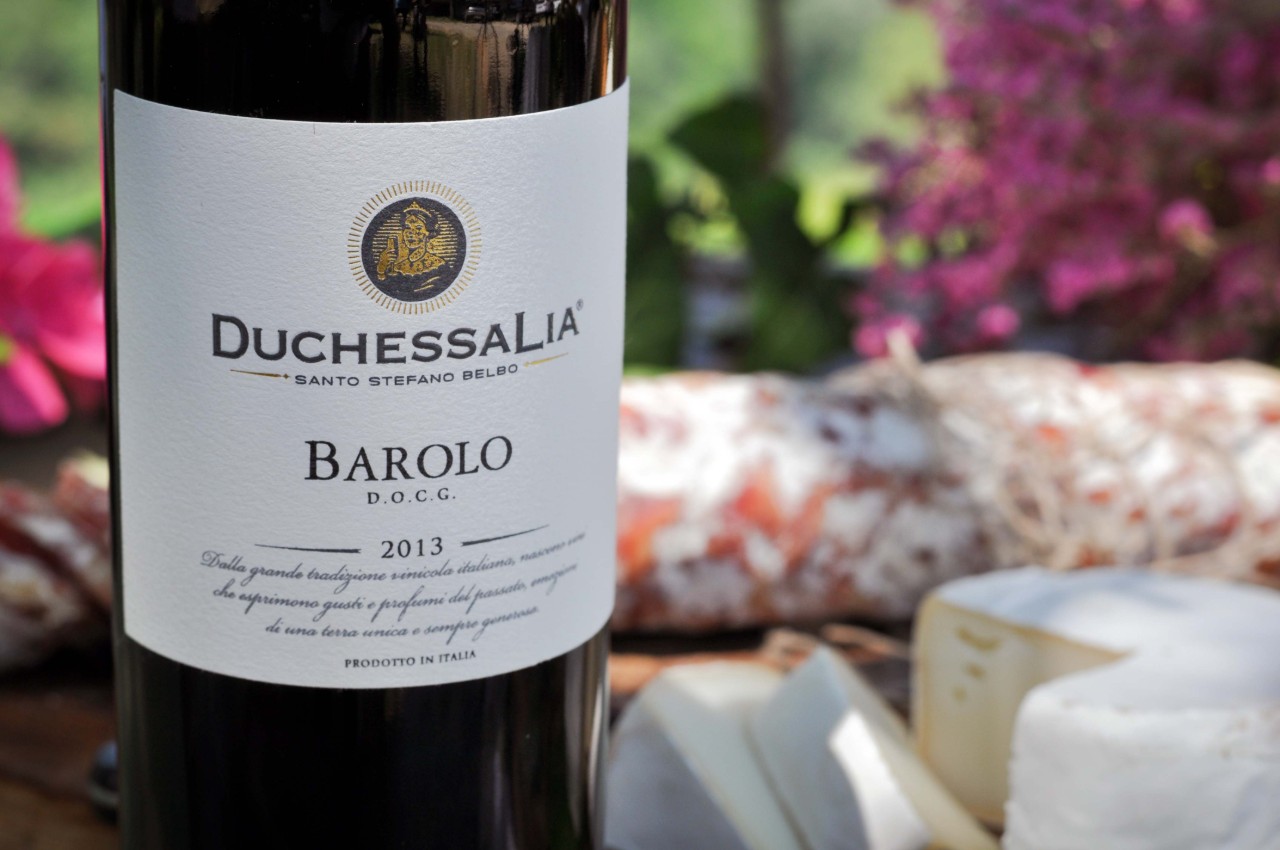 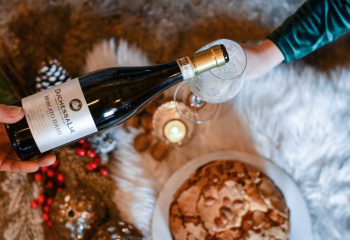 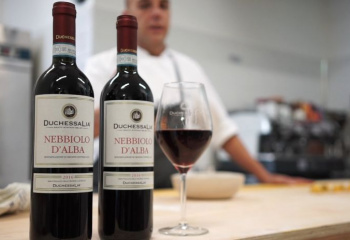 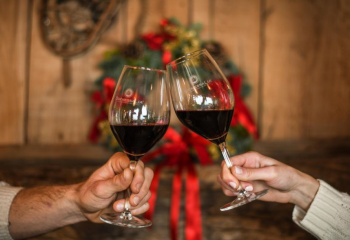 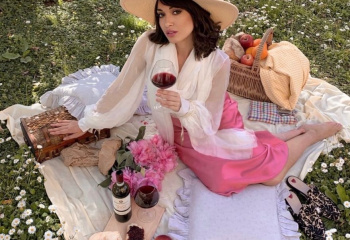 Fashion according to me: an interview with My Glamour Attitude 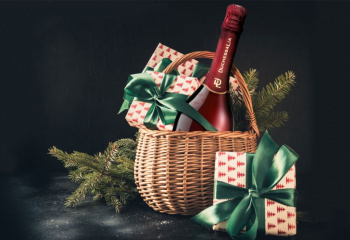 Brachetto d’Acqui, the wine that "celebrates" 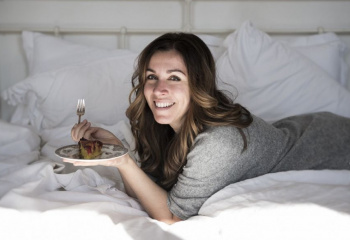 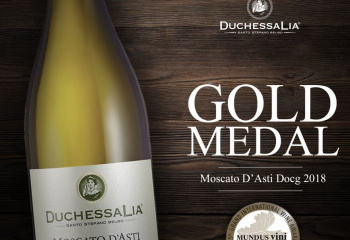 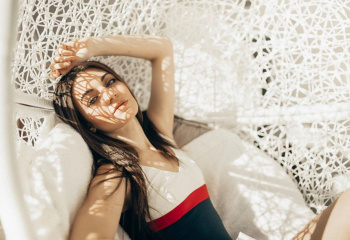 “Wine is similar to fashion: it is a work of art” 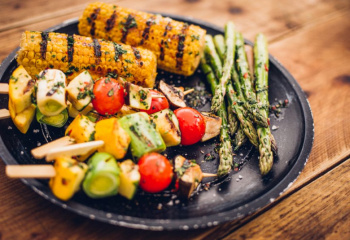 Skewers and wine for the summer holidays! 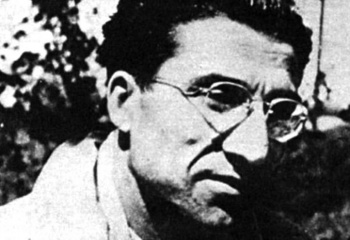 I AM A SOLO TRAVELER, a chat with travel blogger Fraintesa 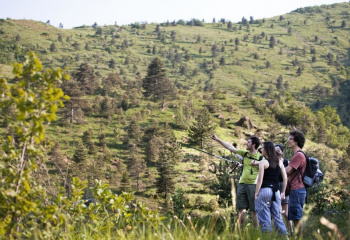 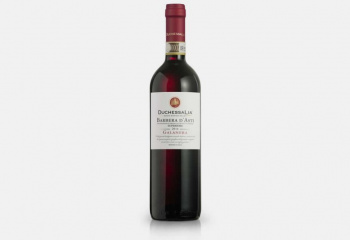 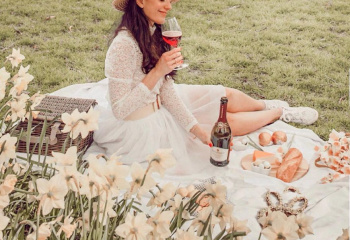 FROM ROERO TO LONDON, AN INTERVIEW WITH SARA QUAGLIA 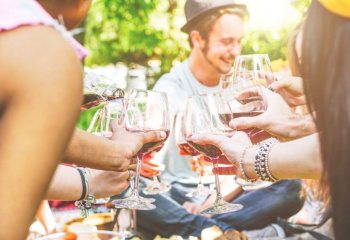 One Plate, One Wine: Pairings For Easter And Easter Monday 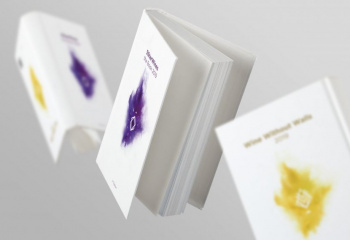 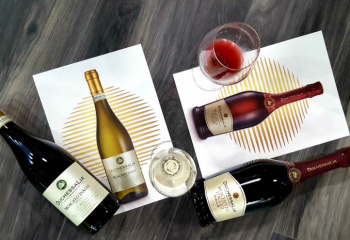 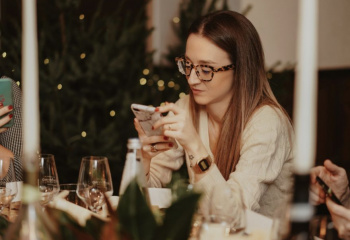 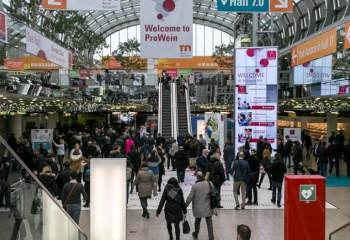 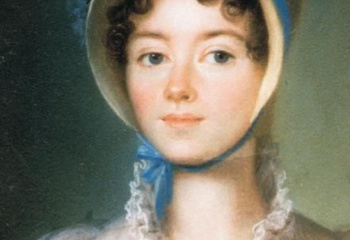 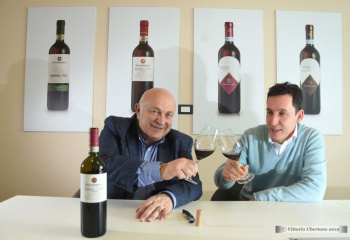 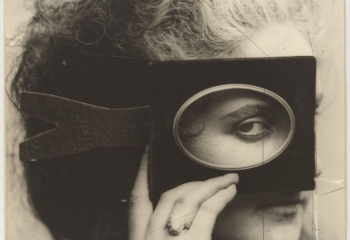 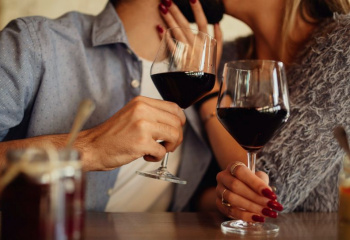 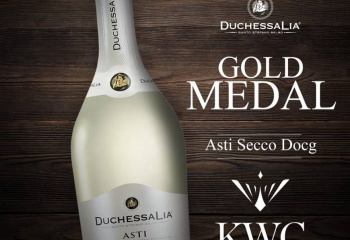 A NEW GOLD MEDAL TO OUR ASTI SECCO DUCHESSA LIA 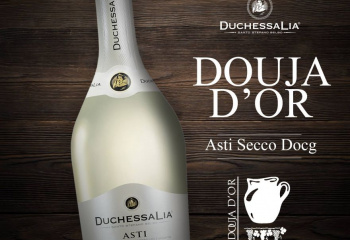 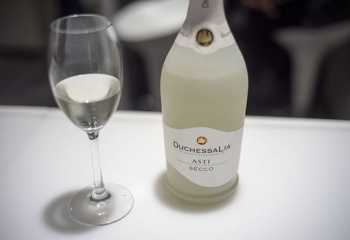