Summer, work in the vineyard 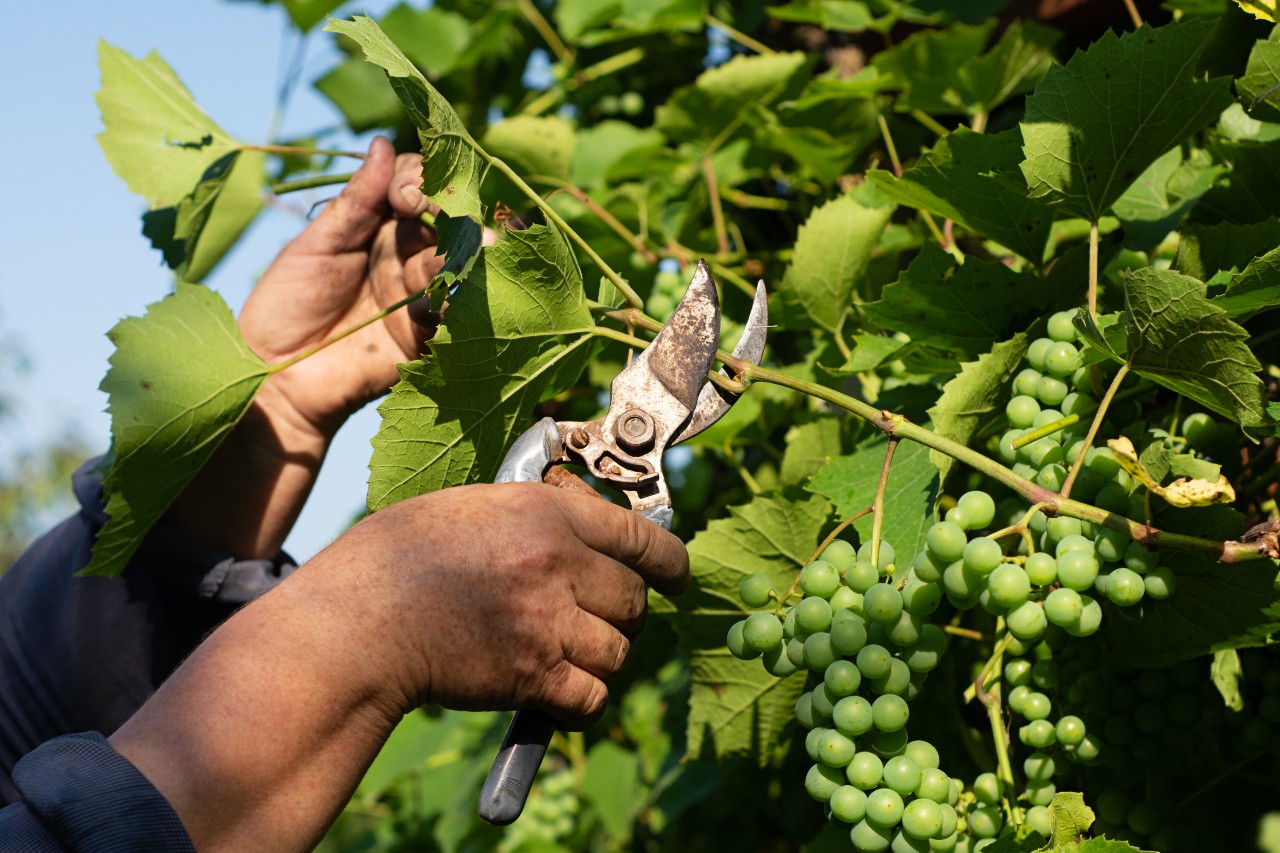 Summer marks the slow transformation of the inflorescences of the vine into increasingly mature grapes which, according to the varietal characteristics, will be harvested between the end of August and the beginning of November.

It is the period of fruit set, that is, of the development and growth of the bunch. Something wonderful happens in the vineyard: the first, shy grapes, peep out from among the leaves in the form of green berries, with a hard and turgid consistency. They are the result of the pollination of the flowers of the vine, a greenish-yellow inflorescence that, between May and June, was pollinated by the wind. The fertilized flowers are transformed into small berries, while the barren ones fall to the ground: it is the phenomenon of dripping with which the vine selects the right load to bear fruit.

The fruit set will be followed, towards the end of the summer, by another truly fascinating phenomenon: veraison, or the ripening of the bunch and its change in color. From a bright green initial, the berries of the black berried varieties will turn dark red or blue-purple; while the white berried ones will turn to yellow-green, highlighting a slight transparency. The veraison is a fundamental moment for the quality of the future wine. During this phase, both the sugar content of the pulp and some types of acid (such as tartaric acid) increase, which are precious for keeping wines in balance between freshness and pleasantness.

WORK IN THE VINEYARD

Being a continuously growing plant, the vine never ceases to develop. Even after the vegetative explosion period (April-May), it does not stop thickening. Growth must therefore be regulated so as not to disturb the processing of the plant and to maintain forms of farming suited to the harvest. Before any summer work, therefore, we proceed with the attachment, or the tying of the young branches to the rows. In Piedmont, as we have already seen, the most widespread form of farming is the guyot, a system of wires supported by palisades that places the wire that will bear the greatest weight in the lower part, as it supports the fruiting head. Above the supporting wire, other well spaced wires are spread which will be used to tie the shoots.

Typical summer operation, the peeling-topping is a process carried out on the leaves of the vine, called pampini. The flaking consists in the elimination of some basal leaves, adjacent to the bunches, just after the end of fruit set phase. Topping, on the other hand, is the thinning of the vegetative apex of the shoot. The main intent of these operations is to "ventilate" the foliage of the vines, favoring the penetration of the sun's rays and preventing fungal diseases such as powdery mildew, downy mildew, botrytis. Leaf stripping-topping is a process to be carried out with the utmost care because excessive thinning could lead to burning of the berries, especially in the most exposed areas of the vineyards.

Between July and August, the winegrower checks the number and distribution of the clusters on the vines. If nature has been generous, the number of clusters may prove to be excessive and their distribution unfavorable to good ripening. We then proceed with the thinning, or a thinning of the bunches, which are cut and dropped to the ground. Long considered a "destructive" practice (especially when the income of the winemakers was based on the quantity of grapes produced), today, however, thinning is seen as a fundamental operation for selecting the right number of bunches to bear fruit. An effective method to concentrate quality in fewer bunches and bring perfectly ripe grapes to the cellar, in which the vine has concentrated the best of its energy.